Over the last two months the professional audience of Profi.Travel web portal explores the tourist product of Uzbekistan.

In early August on the initiative of the State Tourism Committee of the Republic of Uzbekistan, Profi.Travel team developed and launched the B2B educational project Uzbekistan in Full View. Uzbekistan became one of the first CIS destinations that have chosen the format of the B2B special project with Profi.Travel.

Since the project launch, over 1,500 tourism professionals have already discovered the destination.

According to the survey, 68% of tourism professionals did not have enough knowledge to sell the destination before participating in the project. About the same number of respondents noted the significant increase in interest among tourists to travelling in the CIS countries over the past two years. A half of the respondents began to offer Uzbekistan to their tourists after dive deep into the destination specifics.
We have chosen the special project format because it contributes to the solution of our main task — popularization of Uzbekistan in the Russian tourist market. Today, Russia is a strategic market for us. 50% of foreign tourists coming to our country are Russians. It is obvious that the tourist flow from Russia can be even more.
We believe that the reason for the current situation is the lack of information about the tourist opportunities of Uzbekistan. Young people who travel actively, unfortunately, do not know about the country. The second problem is the lack of activity in sales by Russian tour operators and travel agents. We understand how productive cooperation in B2B can be, so we present tourist products and provide special conditions for partnership. It is very important for us that Russian tour operators and travel agents know the Uzbekistan product so that they have an interest in selling it. This is the only way we can achieve the target results. 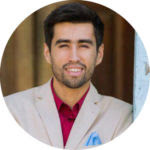 Hamzaev Bekhruz Abdulvohidovich
Advisor to the Chairman of the State Tourism Committee of the Republic of Uzbekistan on tourism development
We are grateful to Profi.Travel for this special B2B project devoted to Uzbekistan. Popularization of tourism opportunities of this destination in the industry media has a positive impact on the interest in the whole tourism market. «Aero Tour» tour operator is the leader of Uzbekistan sales in Russia. This project influenced on the sustainable sales growth of Uzbekistan in 2019.

Nadezhda Koshnenkova
General Director, «Aero Tour» travel agency
The project will have two seasonal updates. Soon the winter tourism opportunities of the destination will be presented, a new stage of online training for travel agents will begin. The next update will be held on the project in the spring and will train professionals to sell summer tours to Uzbekistan.